The Intersection of Art and Design 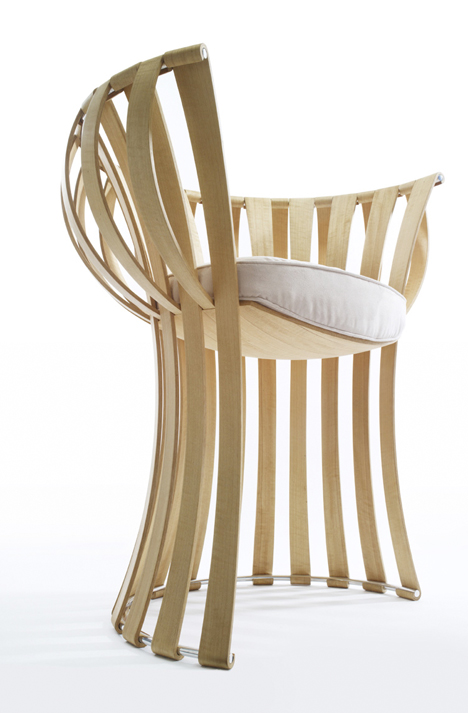 One of the wonderful things about industrial design as a profession, versus your design school classmates’ other majors, is its sheer breadth. For example illustrators are typically locked in to producing images, fashion designers are tied to wearable goods; but ID lets you do furniture, spaces, tabletop objects, packaging, vehicles and more.

It’s also fascinating to see how one job can lead to another, enabling good designers to skip across product genres. A good case in point are the recent design doings of Scott Henderson, founder of his eponymous design studio as well as co-founder of the design collective MINT. Henderson’s Slat Chair, above, debuted at the ICFF in 2011; of the many people who saw it, one happened to be editor of the UK’s Super Yacht Design.

Once Henderson was on their radar, it was a manner of months before they ran this piece on a Henderson sculpture called Vulgaris, below: 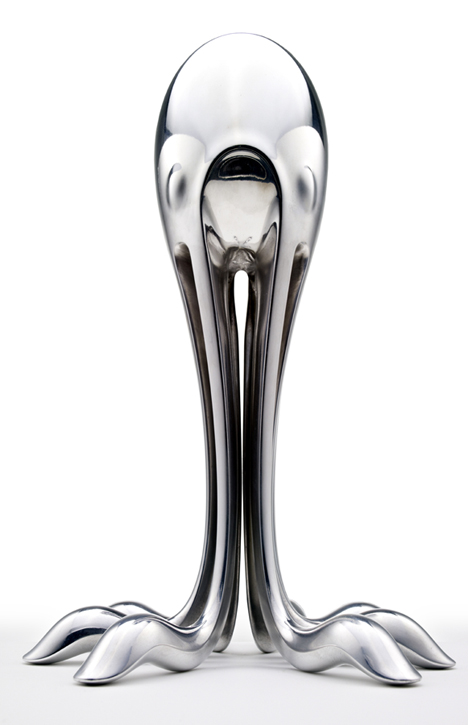 The yacht link? Vulgaris is an aluminum CNC-milled octopus, and it turns out that Microsoft co-founder Paul Allen owns a mega-yacht called The Octopus; the article playfully suggested Allen bid on Vulgaris, which Henderson had created for an auction to benefit the World Wildlife Fund.

With the connection made, SYD then asked Henderson if he’d be willing to do yacht concept design work. As of today he’s done three, and the latest, Manta, was just published yesterday in Charter World, as well as in last week’s print edition of SYD.

When one thinks of a Super Yacht’s traditional archetype, the primary elements that come to mind are the hull and superstructure and how the decks interact within that composition. MANTA yacht’s three decks slice through the upper super-structure and continue straight through the ship’s forward bow using uninterrupted, dramatic diagonal lines—each line eventually visually intersecting in the open space ahead of the ship. This powerful and graphic use of converging lines give the MANTA’s side-view a unique and stunning look, suggesting speed, power and performance- while also adding to the aqua-pomorphic Manta Ray metaphor by abstractly communicating the powerful gills of the graceful sea animal.

“I know [superyacht design] is outside of the realm of the design scene typically discussed on Core77,” writes Henderson. “Perhaps the interest lies in the idea of applying industrial design thinking to a new category / territory.” Hopefully that’ll serve as an inspiration to you younger designers; while the prolific Henderson is far from your average bear, his career arc goes to show that with the right design skills, the world is yours to explore. And that includes the oceans.